A downloadable neon noir adventure. for Windows and Linux

"You’ve reached the message bank of Cohle Bishop. You may hate me right now – and I don’t blame you. Just... please don’t call me back –"

Set over four years across the United States, Road To Nowhere tells the story of an introvert, and successful software developer, whose life is torn to shreds by scandal. Though aided by family, he walks away devastated and soon finds himself on the open road.

Confronted by his past and doubting his own sanity, Cohle spirals into depression as he moves from town to town – destination nowhere. Flooded with mismatched memories, he tries desperately to pull himself back from the brink.

Can he escape his troubled past?

Road To Nowhere is an emotionally charged point-and-click tale about betrayal, manipulation, and abuse produced by 15BiT GAMES.  Developed in the Unity engine, it sports a unique aesthetic and original dialogue written and performed by David J. Ross.

"Road To Nowhere" will be available early 2020.

All creative commons information including links and attributions can be found within the game credits and included documentation.

To change settings and save your game during game-play there is a drop down menu at the top right of the screen.

Here you can do the following:

Your game is automatically saved through the game and there is only one save slot so the player can't go back and change their option to ruin the experience.

A credits text file is also included to attribute all creative commons work. 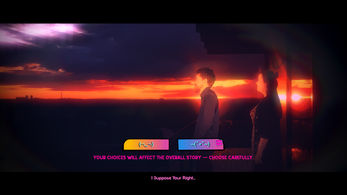